Heat in physics is defined as energy transferred between a system and its surrounding. The direct microscopic exchange of kinetic energy of particles through the boundary between two systems is called diffusion or heat conduction. In this tutorial, you will learn how to use top3d to solve heat conduction problems. 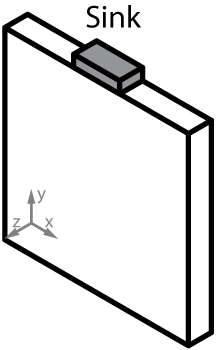 First, the elastic material properties (lines 8-10) are changed to the thermal conductivities of materials

The boundary conditions for the heat condition problem, i.e., a rectangular plate with a heat sink on the middle of top face and all nodes are given a thermal load as shown above, are changed corresponding (lines 10-18).

Since there is only one DOF per node in heat condition problems, some variables need to change correspondingly, such as $\texttt{ndof}$, $\texttt{edofMat}$.

The element conductivity matrix is called in line 25 by

The global conductivity matrix is assembled in a different way, hence line 70 need to change as

The optimized topology is derived as shown below by promoting the following line in the Matlab: 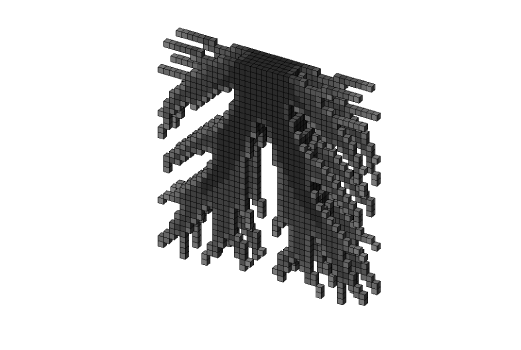